← more from
MoonJune Records
Get fresh music recommendations delivered to your inbox every Friday.
We've updated our Terms of Use. You can review the changes here.

In The Electric Universe 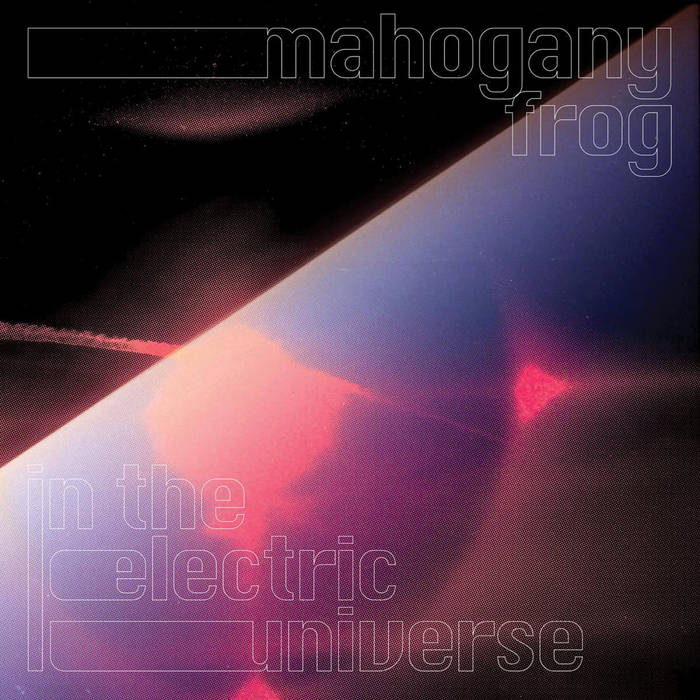 TheEliteExtremophile This instrumental album has a lot of strong ideas and unique guitar and synthesizer tones. The album’s most energetic moments are its best ones, and they imbue the songs with a sense of purpose.

brookewilton Great album y'all. I will be playing selections from it on my radio show!

Nathanael Larochette Every album is a magical adventure for your ears and this one is no different!

Frank Hadlich This is eccentric fun and entertainment. Love it!

Mahogany Frog's 'In The Electric Universe' is the seventh studio album - and third on MoonJune Records - by Canadian instrumental electro-psychedelic outfit Mahogany Frog. Six years in the making, the recording illustrates a foray into forms of sonic searching previously unexamined by the group. Building from approaches in orchestration captured on their 2012 effort SENNA, the group aims to create infinitely morphing waves of sound that transcend conventional perceptions of instrumentation, while simultaneously offering melodic and rhythmic closure. Utilizing the gradual unfolding of themes, extensive repetition, textural layering and crunchy, downbeat-heavy grooves, the tunes invoke a listening experience that is trance-like and hypnotic. The extensive employment of synthesized arpeggiators, often detached from the rhythm and irresolute in tempo, generate warm and disorienting backdrops to otherwise approachable structures. Tape loops and tape delay are used experimentally, highlighting decay and fragmentation. The compositions serve as foundations for melodic layering, tonal examination and deconstruction, resulting in a dynamic and colorful collection of music rich in expression, playfulness and resolve.

Bandcamp Daily  your guide to the world of Bandcamp

Mille Petrozza stops by to talk about the new Kreator album, plus music by Trauma Bond